It's Nancy Nickel back today with a new Tutti Designs share!

I was excited to create with this "Easter Lilies Window" die,
which you can find HERE.
There are so many possibilities! 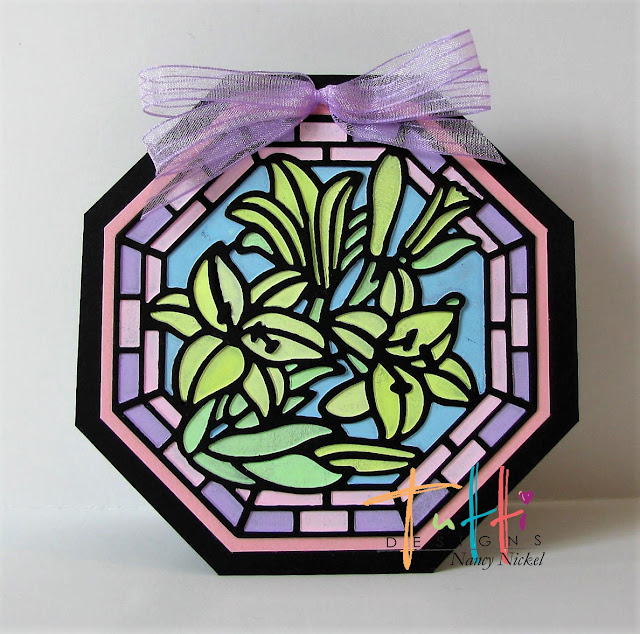 Now let me show you how I did it.
I began by cutting the die out of black cardstock
Then I adhered the die onto another piece of black cardstock.
I was excited to use my brand new Sakura Souffle Pens.
Next, I just went about coloring.
This was very easy to do, since each bit was framed with the die-cut. 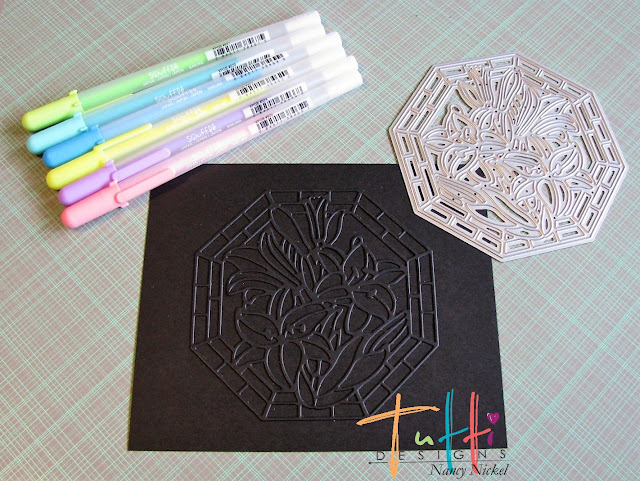 Here it is all colored up: 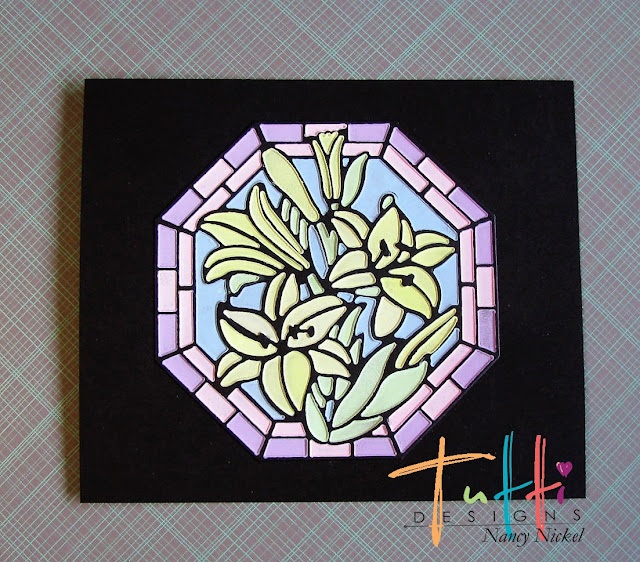 To finish it off, I cut the die again out of black cardstock.
I adhered this one directly on top of the colored piece.
It just crisped up all the edges, and added a bit more dimension.

Now it was time to create the card.
I trimmed around the colored piece right along the edge of the die.
I placed it on pink cardstock and trimmed it leaving about 1/8" around.
Then I did the same again by placing it on a black card base.
This time I trimmed it leaving 1/4" around, with the fold at the top.
Finally, I added a pretty ribbon bow. 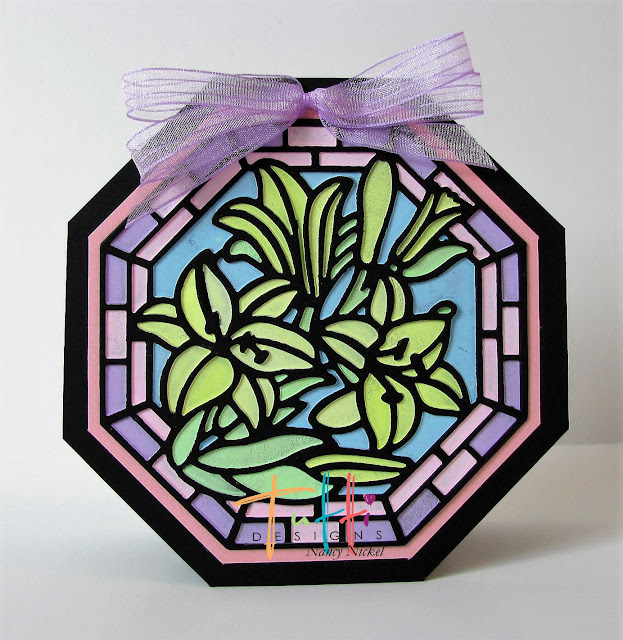 Such a beautiful die! 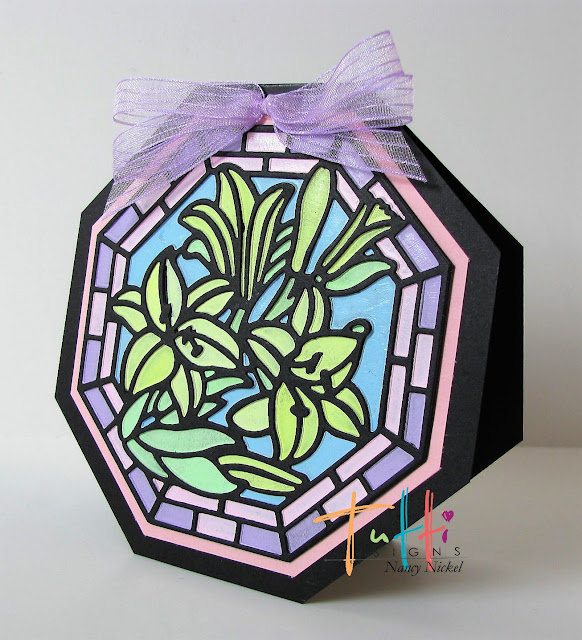 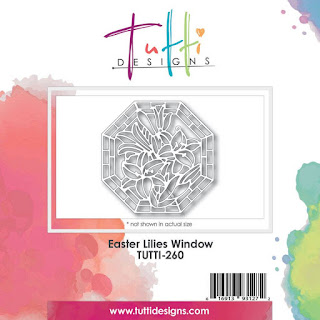 Tutti Designs Pinterest Page
Posted by Nancy at 12:00 AM